The History Of BC Moose Hunts 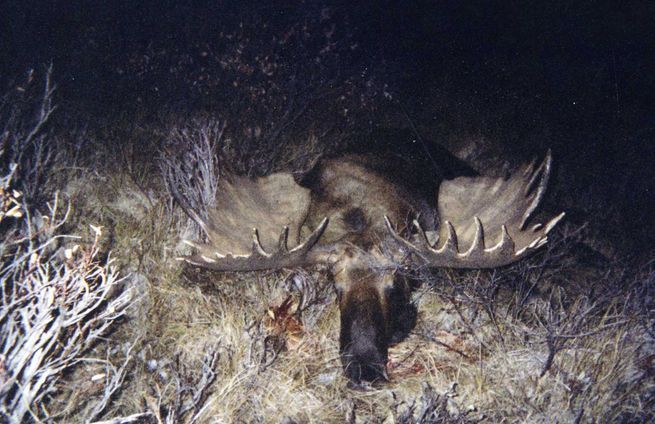 The history of BC moose hunts reaches back to the First Nations, who relied upon hunted moose meat as a major source of protein, as well as using the dried hides for shoes, clothing and shelter, as well as tools made of bones and antlers, an important element of the First Nations’ economic systems. Indeed, some records state that some bands of the First Nations starved if anything severely reduced the amount of moose inside their borders. The importance of moose into the modern day has declined in many parts of British Columbia, but in the northern and rural reaches of the state, moose meat remains an essential element of the local diet. Modern First Nations people are among those who find great use for moose meat in their cuisine.

With the coming of firearms and industry, human activities began to make an impact on the number of moose available to hunt in BC moose hunts. Logging, settlement, farming and hydroelectric dams reduced the ranges of British Columbia’s moose. Further, the arrival of automobiles and highways in recent years sees a great increase in the number of moose killed by cars and trains, economic damage from which encouraged the government of British Columbia to open the gates for hunters to help control the populations. The hunting is heavily regulated and while hunters remove many moose from the population during the legal hunting season (which is also the species’ rutting season), concerns over unregulated harvesting has become a conservation concern. Additionally, access roads are beginning to reach deeper into moose habitats, leading to further over harvesting of the species.

Beginning in 1981, the Canadian government took an interest in protecting and enhancing the moose habitats in the northern and central regions of the state. Increasing logging in the region is also something of a concern, as loss of habitat may further shrink the ranges of moose. Land using planning for the steadily rising population of British Columbia are also beginning to take into account the needs of moose and other wildlife as well. And, while a great many conservation programs are in effect around the creatures’ ranges, the number of moose has, for reasons that are at the moment poorly understood by biologists, decreasing across the country. Scientists are investigating this matter further, but it remains something of a mystery in scientific circles.

Risk to these creatures’ range aside, moose hunts in British Columbia have produced some truly amazing trophy specimens that turned into iconic moments in the history of hunting in Canada. The twentieth highest score bull moose taken in British Columbia was brought down in 1971 and clocked in at 221 and 7/8ths points. Nine years later, in 1980 another hunter brought in the provinces biggest moose ever, a 242 point bull near Grayling River. The hunter, Michael E. Laub, had long wanted to hunt moose in British Columbia, but had never seen these animals in person until he saw the specimen that would prove to be the biggest on record.