A Story From Your Guide on a Moose Hunt 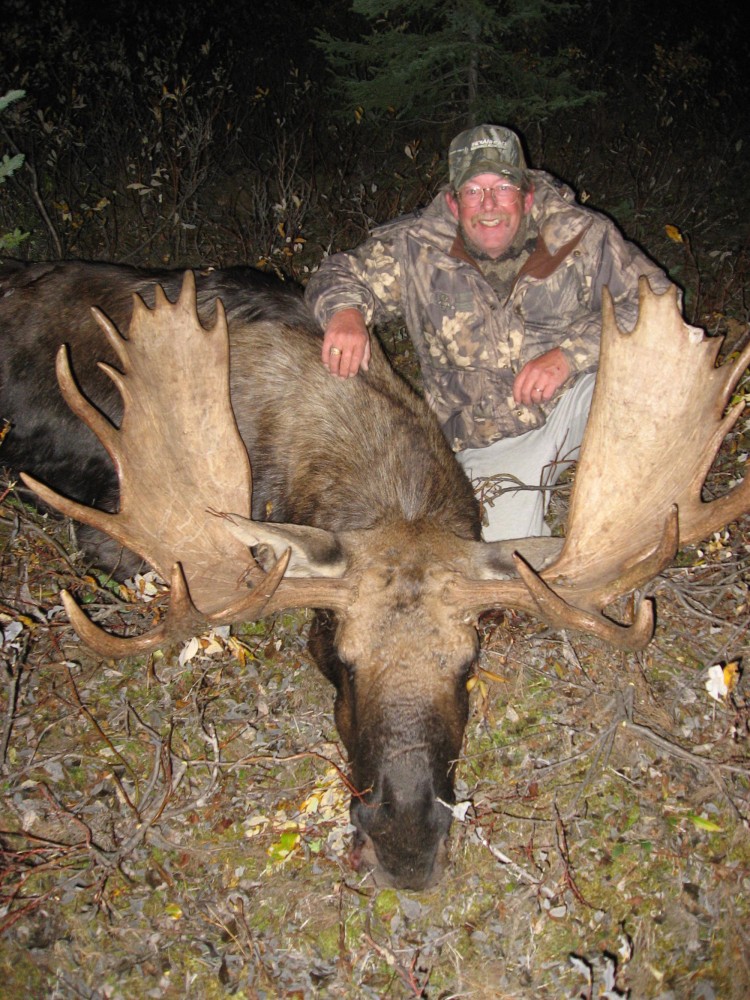 Hunting had been really tuff. It was day 9 of the hunt, and we had not encountered too many bulls. They were all held up with cows. I was guiding Jim Zepaltas, and Bob Nault was guiding Joe Boxrucker. When it came time for the evening hunt and Bob and I went our separate ways. Jim and I were headed to our spot and came around the corner and standing 75 yards from us was a huge bull. Jim made a good shot and our story is over. Sometimes it is just meant to be.

Bob and Joe on the other hand had quite an adventure. Bob had gone up to a look out to see if he could spot anything in the valley below and right away spotted a bunch of moose all together. There were a few cows and a few bulls all milling around in what we call a “rut party.” There was a big bull in the bunch. The two hunters took off to see if they could get to the spot before it got too dark. When they arrived they could hear Bulls grunting, cows calling, and a bunch of crashing around. Bob gave a cow call and a small bull came over right away. This little bull would not leave them alone. They finally had to throw rocks to get the moose to go away. Still Hearing the big bull, they decided to wade in there. They had to sneak through some thick willows to get close. Bob gave a good bull moose grunt and out came the big bull. Joe had to make an off hand shot and and the bull ran off. Bob and Joe went to the spot where the bull had been standing to look for signs of a hit. Nothing…..Joe had missed. Disheartened the two stood there trying to figure out what to do when they heard the Bull grunting again. Bob called again, and again the bull came out. This time Joe did not miss. Sometimes it it is just meant to be……